Tricky conditions for both wind and sea, the Argentinian were the best to read them and are leading the provisional ranking

The Youth Foiling Gold Cup Grand Final started today in Barcelona, Spain, hosted by Marina Vela with the support of Club Nautico Vilassar de Mar. Nine races of the two-day Qualification Stage were finished by the nine teams competing here to be crowned 2022 YFGC winners and bring home the 40,000€ voucher to attend the 2023 season. Great, but very tricky conditions on the water with the wind coming from the west in the morning and turning to north-west in the afternoon, blowing throughout the day from 6 to 20 knots, and the choppy sea brought some extra challenges on the plate. It was a very tactical day for the sailors, who had to use their strategic skills other than the usual boat handling.

“It’s been a great day, with wind coming from different directions”, said the PRO Maria Trujillo. “It is easy to set the course for the 69F class, with short, technical races, you can set a new course for the upcoming race, so you can always have a good one. I enjoyed it very much and I look forward to more racing”.

“I am happy about our performance on this very first day”, noted Ivan Aranguren, mainsail trimmer on Team Black Salmon Argentina. “We were calm, we stayed focused on the race, always watching the shift, we also managed the waves well, we felt comfortable with the boat keeping it foiling most of the times. It was important to stay out of trouble and we kept safe and clear from danger”.

Today was Club Vilassar de Mar’s team very first racing day on the Persico 69F and it proved to be a fun but difficult one. “The boat is super fun and stable when you are foiling” commented Max Rondeau Gomez. “The difficult part is to keep it out of the water, there are many things to do and check while racing, I have had some foiling experience before but my other two team members haven’t”.

The plan for tomorrow is to have nine more races to finish the Qualifying Stage and to have the top six teams qualified to go through the Final Fleet Races on Saturday and Sunday morning, followed by a do-or-die match race between the best two teams 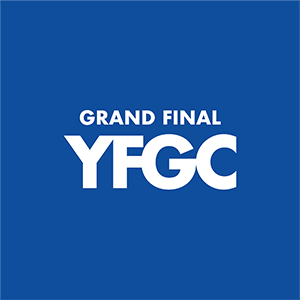