Big news from the 69F world. The circuit doubles with the American season coming up and a new partnership has been announced.

The first full season of the 69F has come to an end, and thankfully the offseason will be short because the foiling community can’t wait to get back out on the water. 69F has been a sensation in 2021, from early February to mid-November when the curtain came down on the season with the scintillating performances of the 69F PRO CUP.

Two high-level racing circuits introduced hundreds of sailors to the thrills and spills of foiling over more than a hundred race days in 2021. The future of the sport, the Under-25 sailors in the Youth Foiling Gold Cup challenged each other in Gaeta, Limone and Cagliari and Team DutchSail – Janssen de Jong dominated the entire circuit and deservedly claimed the overall championship. They won a season pass to join the other foiling sailors in the Persico 69F Cup, the other parallel championship, open to enthusiastic amateurs and pros alike.

What makes the 69F’s boats unique today is that it can thrill and excite top-level professional sailors like America’s Cup helmsman Checco Bruni, while also providing an approachable introduction to flying over the waves. To further aid the introduction to the new era of our sport, the 69F Academy is a bespoke foiling school with qualified coaches, rigorous training sessions and perfectly prepared boats. The Academy was in session in 2021 and is currently running winter training sessions in Valencia until March 2022, if you want to come and get a jump on the competition in either the YFGC or the 69F Cup!

While sailing in the waters off Valencia, think about the America’s Cup and know that you’re training on the old racecourses but also on a foiling platform that challenged the best sailors from the bigger flying monohulls. Indeed, America’s Cup and Sail GP sailors Checco Bruni and Phil Robertson joined up with Tokyo Olympic gold medallists Ruggero Tita, Dylan Fletcher and Stuart Bithell for the season finale, the inaugural 69F PRO CUP. Sailors who ordinarily race at the highest levels, on yachts that are at the bleeding edge of technological innovation, enthusiastically praised both the 69F and the race formats. Receiving such an enthusiastic thumbs up from the stars validates the hard work by the class to modernise sailing through high-tech boats, innovative race rules and modern regulations on gender equity. The stars enjoyed the foiling sensations, but they were put on notice by the young future champions in their midst as Team DutchSail – Janssen de Jong again demonstrated their superior boat speed and handling to win the Pro Cup in Sferracavallo, Sicily.

The protocol of the 37th edition of the America’s Cup has only confirmed the insights that 69F has already put into practice in the Under-25 circuit, instituting the woman on board rule and encouraging the participation of all-female crews, such as Equal Sailing, the project of Giulia Conti and Francesca Clapcich. Team 69F is delighted with these successes. It will continue to contribute to the world of foiling, both at an amateur level with the “foiling for all” concept, and at the highest levels of international sailing. The Persico 69F, AC40, and AC75 all draw from the same inspiration and now provide a consistent career path from one to the other. 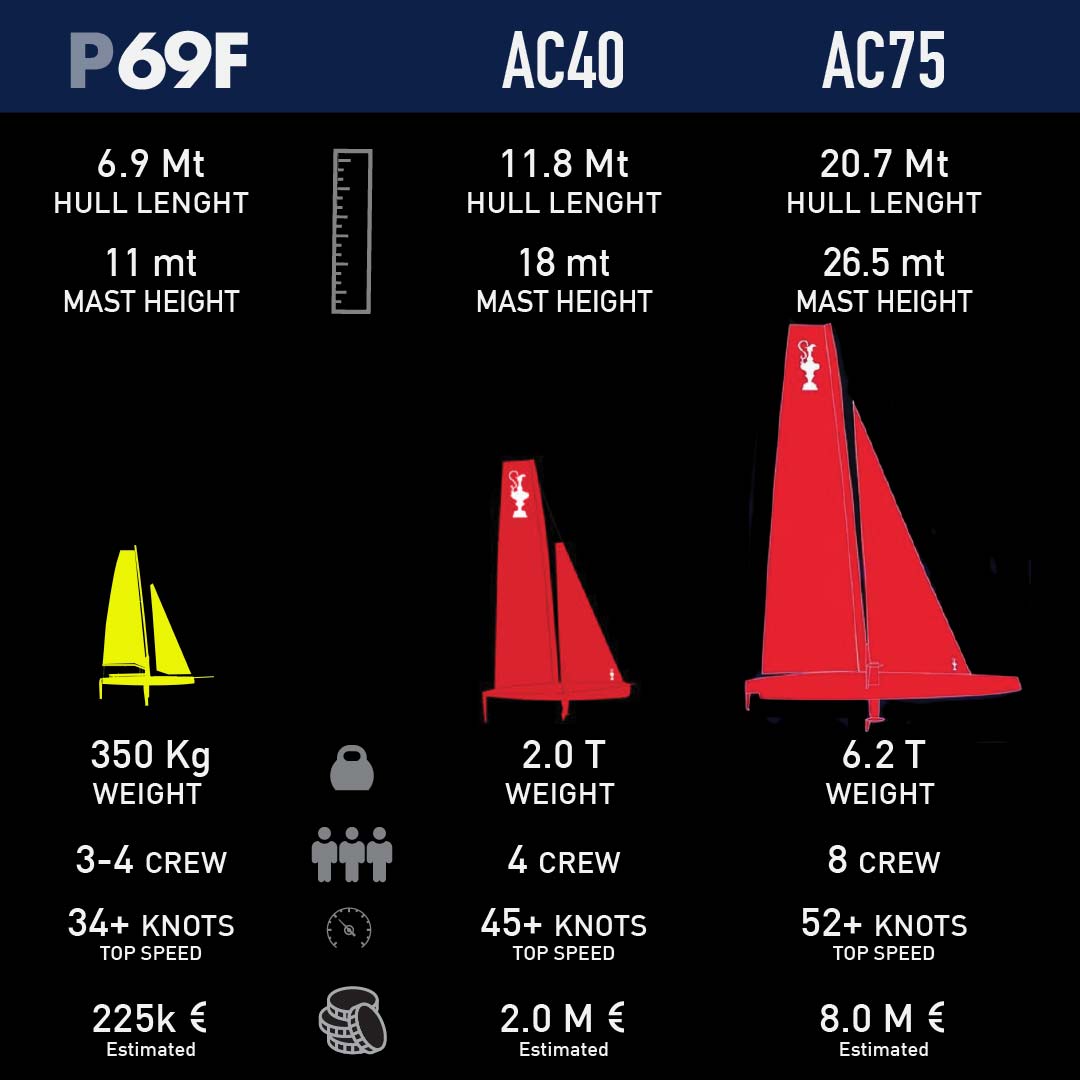 To build on the success of 2021, the 69F is doubling down, literally. Both the YFGC and the 69F Cup will run in Europe and the United States in 2022. There is a “Six-Pack” of foiling boats that have recently arrived stateside. The shore team is currently preparing them for the first races of the 69F Cup (Grand Prix 1.1) that will take place in January in Miami, where the Bacardi Invitational Winter Series (January 25th – January 30th) will include the first races of the 69F Cup (Grand Prix 1.1). Act 1 of the Youth Foiling Gold Cup will run from 4-10 February followed by Grand Prix 1.2 on the 22-27th February. The circuit will continue in March with the Bacardi Invitational Regatta and before hitting the road to visit iconic Newport, RI and other sailing capitals throughout the year.

“It has been a great year. We had a lot of different experiences, from the Academy, YGFC, the Cup to the Pro Cup. We are satisfied that we stimulated a lot of interest in the sailing community. We are getting requests about the boat worldwide. This is a nice reward for all of the hard work done to date. Moving to the United States is a new challenge, and we’re ready to meet it as we’re happier and stronger every day.” – Dede De Luca, 69F Sailing Director.

After validating the technical and sporting elements of the class, Team 69F now is embarking on the new challenge of building the 69F brand into an internationally recognised symbol of high quality and innovative technology. To this end, the class has created a strategic partnership with the 878, the Budapest based sailing brand, manufacturing sailing clothing out of graphene fabrics. 69F and 878 will co-develop a new line of high-performance sailing clothing that can meet the rigours of foiling sailing and a lifestyle range inspired by the durability and high performance of the sailing range, key elements in sustainable fashion.

The fruits of this collaboration will be available from March 2022 through 69F and the 878 webshop. Additionally, the class will equip all Academy sailors and 69F guests with new sailing gear during their foiling experience.

As Dede De Luca says, “thank goodness it’s going to be a short off season” because 2022 has all the ingredients to be an incredible success. 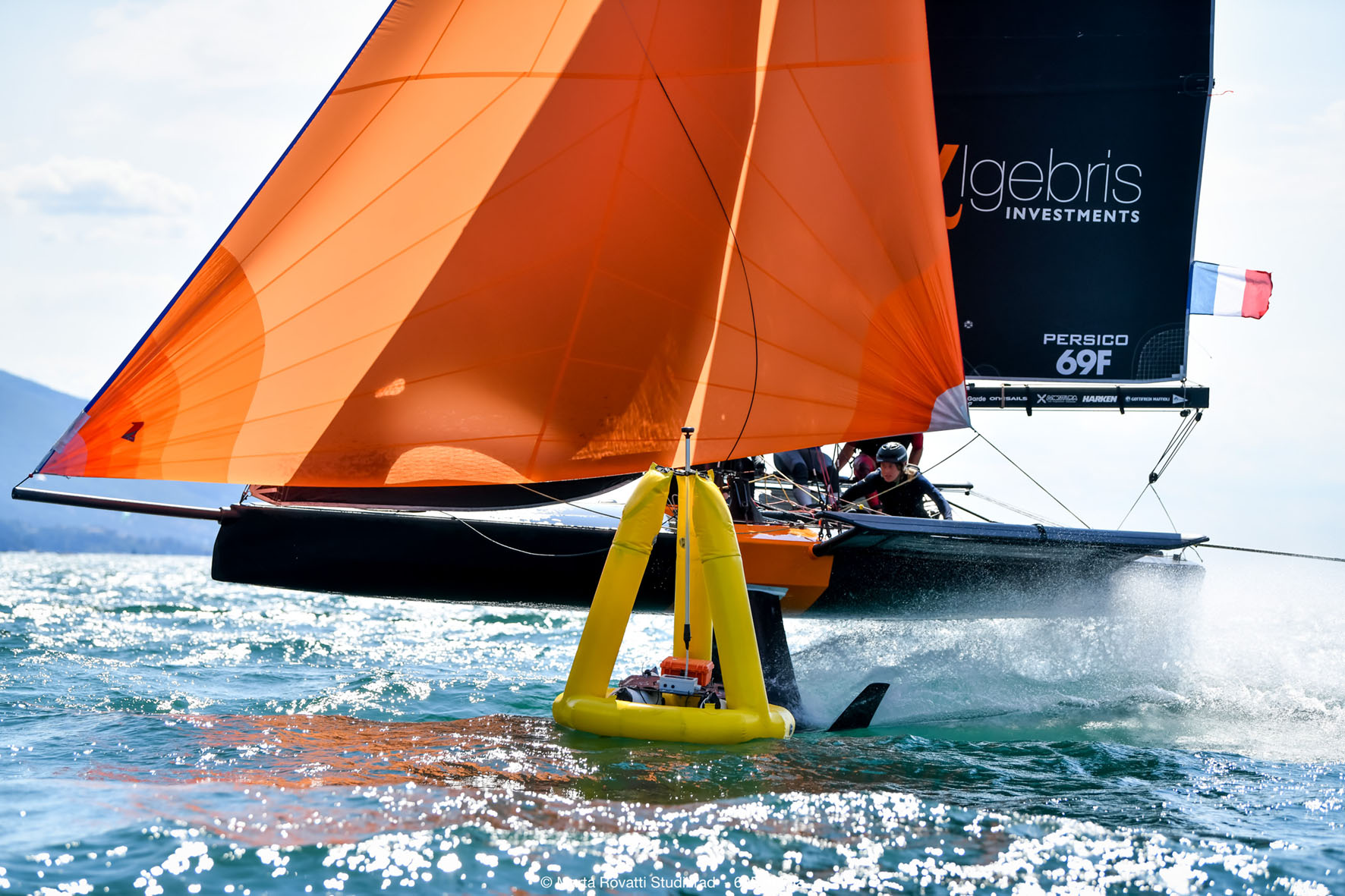 ABOUT 69F:
69F is an integrated One Design Boat, Race and Lifestyle format.
The 69F project is realized by sailors, athletes, managers and men of communication who believe in the future of sailing hydrofoil and its affirmation in the world of professional regattas as well as in the world of lifestyle and amateur sport.The 69F team is currently working on developing an innovative and sustainable one design foiling monohull racing boats’ circuit and a sailing academy suitable for sailors at all levels, with the aim of providing the ultimate foiling experience. 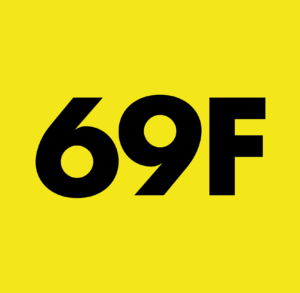 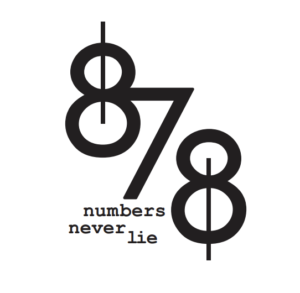