A new challenger has entered the game! Yacht Club Costa Smeralda has launched an Italian challenge for the Youth America’s Cup and, alongside the Italian Sailing Federation, will select and train the crew on our boat and during the Persico 69F events! We are happy and proud that yet another team, and a historic one nonetheless, has chosen the Persico 69F to train for the YAC, we can’t wait to see many other young and talented sailors fly with us.

Porto Cervo, 13 August 2020. The Yacht Club Costa Smeralda is set to launch an Italian challenge for the Youth America’s Cup, participating in the event scheduled for 2021 in Auckland with an Italian team named Young Azzurra. The ambitious project stems from the Yacht Club Costa Smeralda’s objective of investing in young people, encouraging a passion for sailing among new generations, while keeping gender equality in mind.

The Youth America’s Cup is a regatta organised by the yacht club defending the America’s Cup, Auckland’s Royal New Zealand Yacht Squadron, and due to take place aboard one-design foiling boats from 18 February to 12 March 2021. The event will be part of the final stages of the Prada Cup selection races to designate the Challenger to the Defender, and of the America’s Cup itself, which is scheduled to begin on 6 March 2021

After the first Italian challenge for the America’s Cup with Azzurra in Newport, R.I., in 1983, in 2021 a YCCS team will once again represent Italy in the context of the world’s most prestigious sailing trophy. The Young Azzurra project joins that of Azzurra, the TP52 owned by YCCS members the Roemmers family, which for ten seasons has been the sporting symbol of the YCCS in the most competitive professional sailing circuit – where she is the defending champion.

In order to present the initiative to the membership, on the occasion of the YCCS General Assembly on 1st August, a hull from the Persico 69F fleet went on display in Piazza Azzurra. The Persico 69F is the next generation foiling boat which the Young Azzurra team will train on in the run up to the competition in New Zealand.

To realise this project, the YCCS involved both the Italian Sailing Federation, which gave its full support, and the Persico 69F CUP circuit organised by YCCS member Giorgio Benussi, which will make its platform available. Team skipper for the 69F circuit will be Ettore Botticini, a promising young match racer. The other crew members will be identified based on their performances in the Grand Prix circuit regattas, and during training sessions. This will be an excellent opportunity for talented young sailors across Italy to be selected and to join the Young Azzurra team.

Observation to identify the crew members who will take part in the Youth America’s Cup races for the YCCS on board the new AC9F foiling one-design boats, very similar to the Persico 69F, are scheduled to start this month. The crew will be made up of 4 members, two male and two female, aged between 18 and 25 at 12 March 2021.

The first event where a team representing the YCCS will participate will be the Persico 69F Revolution, taking place from 14 to 19 August in Gargnano, on Lake Garda. The calendar will then continue from 14 to 19 September in Malcesine, Lake Garda, from 29 September to 4 October in Trieste, and finally from 10 to 15 November in Porto Cervo.

The Young Azzurra team members will act as spokespeople for the One Ocean Foundation, the international initiative commissioned by the YCCS for the protection and preservation of marine and coastal environments.

Michael Illbruck, Commodore of Yacht Club Costa Smeralda, commented: “We are proud that the YCCS with its resources – and with the support of the Italian Sailing Federation, the Persico 69F CUP circuit and its partners – is able to launch a project of this type, allowing keen and talented young sailors to take part in the Youth America’s Cup, representing not only the YCCS, but also Italy as a nation. Our main goal is to help expand the sphere of opportunity for younger generations, allowing them to grow professionally as well as personally within the world of sailing.” 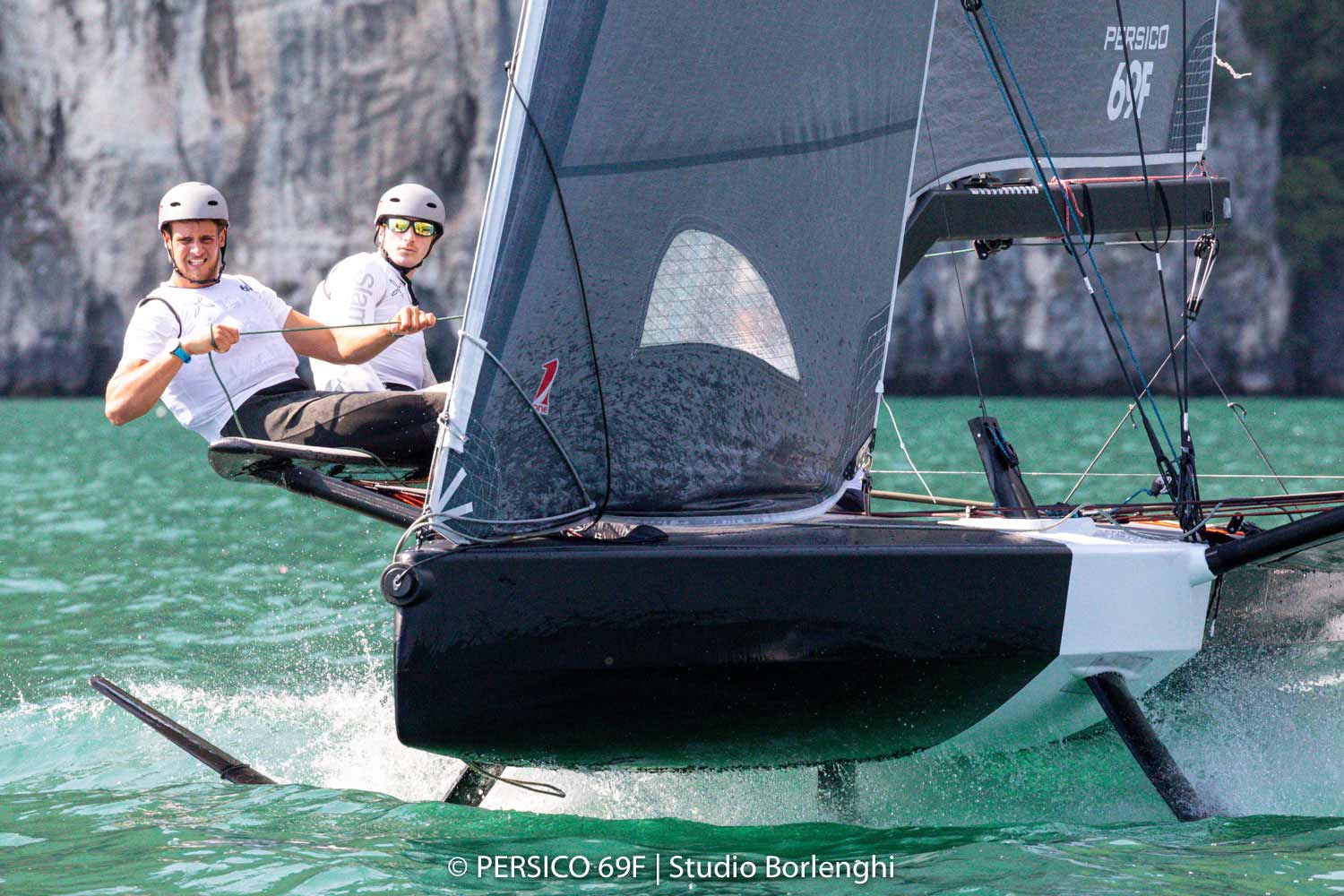